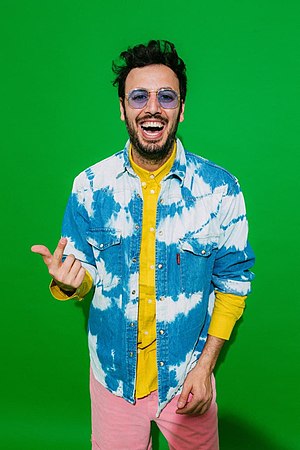 Template:Musician Itay Galo (born August 26, 1985) is an Israeli DJ and owner of Atisuto, a music and events company he co-founded with Roy Leibovitz.

Galo played across top stages in Israeli nightclubs and has played at various high-profile weddings in Israel.

In addition to such events, Galo has also played at various festivals and concerts, including notably in 2015 when he opened for the Backstreet Boys,[5] and in 2016, when he was the warm-up act for Sia.[6] In July 2019, Galo organized a series of large concerts with influential Israeli singers in Tel Aviv, including Mooki and Ido B.[7]

In 2019, Galo performer at the FIDF event in New York where over $500,000 was raised to support well-being and educational programs for Israel Defense Forces (IDF) soldiers.[8] In September 2020, Galo was the DJ at the widely-reported party organized at the famous Hollywood sign in LA organized by pro-gamer FaZe Banks.[9][10]

Galo DJ'd at a Eurovision village celebration during the 2019 Eurovision Song Contest in Tel Aviv.[11]

Retrieved from "https://en.famepedia.org/w/index.php?title=Itay_Galo&oldid=16104"
Categories:
Hidden categories:
Cookies help us deliver our services. By using our services, you agree to our use of cookies.